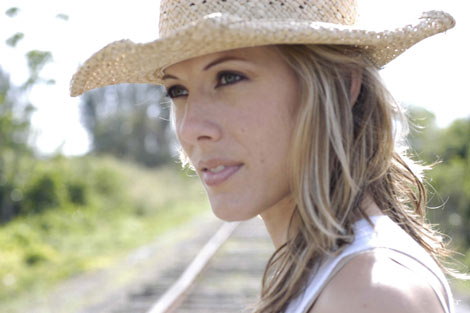 Michelle is a Miami-bred singer-songwriter, actress and spoken-word poet. Of Cuban descent, she writes and performs in English and Spanish. Having released her first CD of original material in March 2006, she has performed locally at various venues including Tobacco Road, the Polish-American Club and the Dade County Youth Fair. She was the opening act for Kimani Marley at last year’s grand opening of Lauderhill’s new Cricket Stadium, and selected to showcase before the National Association of Colleges in America in Michigan. Michelle has appeared on NPR’s folk and acoustic show, WLRN’s Art Street, and FM 88.9’s Bohemian Manifesto. She is a teaching artist and mentor with Arts for Learning, working with other artists and children in the schools. She also facilitates music and poetry workshops for foster girls through Art Spring. Her degree is in performing Arts from American University in Washinton, DC. She has appeared in several national tv commercials, Off-Broadway in New York with the Spanish Repertory Theatre, and in the Disney film, My Father, The Hero.To listen to her music and poetry visit www.Grittygirl.com

“My music and poetry is about learning to love one’s Self, breaking free from the conditioned over-dependency on the love, acceptance and approval of others- as well as on externally imposed traditions and dogma. It’s about homecoming, intuition, and the power of the feminine.”